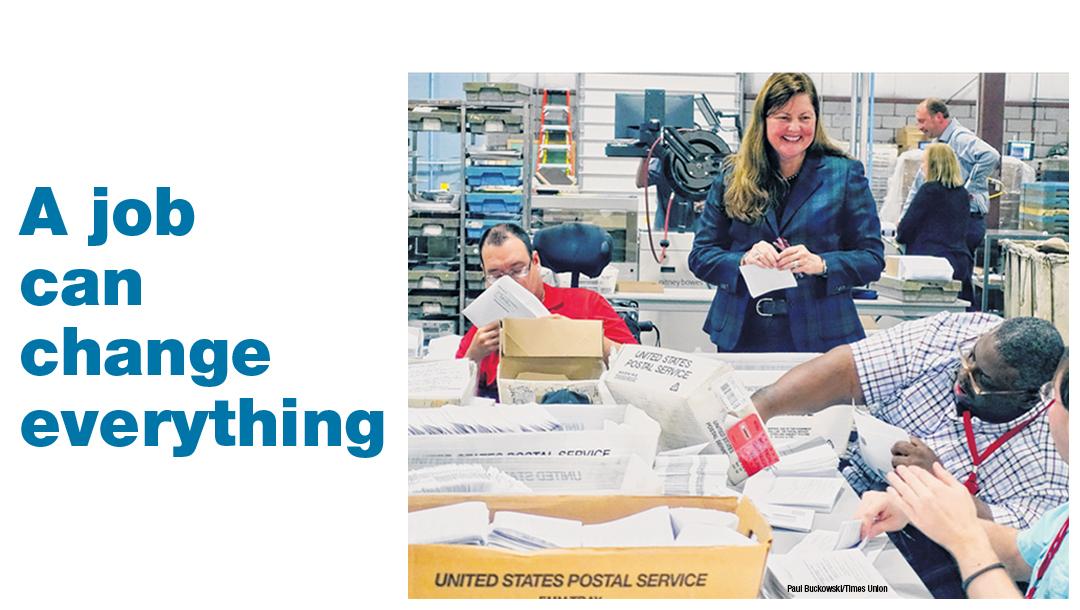 A Year in the Life of NYSID's President

Maureen O'Brien shares her thoughts after a year at the helm.

One year ago, I was appointed President and CEO of New York State Industries for the Disabled, Inc. (NYSID). Many people have asked why I moved into not-for-profit management after 13 years as an Executive Director of Government Affairs at a global corporation with 16,000 employees and $7 billion in sales. It was simple: I wanted to lead a company and I wanted to make a difference. I was tasked by NYSID’s Board of Directors to institute significant change. What I have learned in the last 12 months executing a change management strategy has been extraordinary.

The Stakes Are Higher

When serving and advocating for people with disabilities, the slightest misstep can upend a person’s already fragile life. Employment is the primary driver of economic security for individuals with disabilities. When job opportunities fall short, the outcomes can be catastrophic. In New York State, 8.9% of those who are working age live with a disability, while this same workforce experiences a  67% unemployment rate. These numbers create far more late nights for me than for-profit shareholder value ever did.

You Are Only As Good As your People

People work at not-for-profits for the same reason I decided to: the opportunity to make a difference. My interactions with NYSID employees have been nothing less than inspiring. I look forward to continuing to cultivate a hardworking, honest, mission-driven team.

Two of my favorite things this year have been the institution of BRAVO awards and the expansion of employee coaching and mentoring. The BRAVO awards recognize employees who go above and beyond in helping other employees do their jobs better. Recognizing people who do the right thing when no one is looking is a fun part of being a CEO. Through additional coaching and mentoring, I can see staff excelling and reaching their full potential.

In my previous role, I had a boss. We set goals and objectives for my territory and it was straightforward. At NYSID, I have dozens of bosses – an independent Board of Directors, regulators, Member Agencies, elected officials, the people we ultimately serve, customers, and sometimes just a person with an opinion. Each has a different view of how NYSID should operate, and some of those views are in complete opposition to each other. I have learned that I cannot please all of the people all of the time, but if I stay true to the organizational mission and over communicate what I am working on, the NYSID ship sails relatively smoothly.

My father once told me, “You come into the world and leave the world with one thing that you can never change – your name. Don’t screw it up.” When I arrived at NYSID, I made the rounds to stakeholders and sensed that there was a lack of trust that resulted in some reputation tarnish. Rebuilding this took time and focus away from business development. I had to listen, absorb stakeholder concerns, and actively address them to rebuild trust. This has been the hardest, most time-consuming and rewarding part of my job in year one. Reputation cannot be underestimated. This flows down from me as a leader, to all employees on every action and reaction. We must always perform at over 100% and with honesty and integrity.

There is great reward for employers in diversifying their workforces to include individuals with disabilities that goes well beyond a high performing employee. This summer, when we brought on interns from the Autism Society, I had no doubt that they would do well in their jobs and had the right skills to succeed. What I underestimated and wish that I could replicate was the attitude change they cultivated among fellow employees in the office. Their positivity and work ethic has rubbed off; their engagement and desire to be part of the team has lifted everyone up.

In October 2018, at my first NYSID Annual Meeting, I stated that “A Job Can Change Everything.” I know it did for me when I became CEO, and I will continue to strive to inspire others to make that happen for the individuals we serve. I hope you’ll join me.